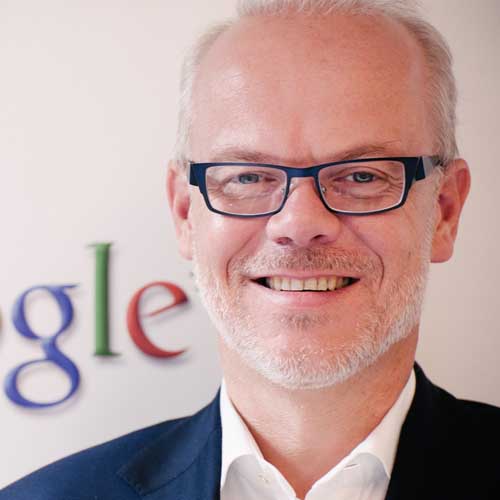 Jan Grønbech (46) joined Google almost nine year ago and has led their business in Norway from being an outsider to becoming the most important advertising channel in the Norwegian media landscape. Prior to joining Google, Jan has held several central roles in the Norwegian media industry. From 1998 to 2002 he was managing director for DoubleClick Norway, which he also founded. In 1995 he was part of the two person team creating Aftenposten’s first online newspaper and in 1996 he established Norway’s online advertising industry by launching Scandinavia Online’s ad sales department.

Jan was one of the founders on INMA/IAB in Norway in 1999 and is a highly sought after public speaker.

He is married to Michele, has two teenage daughters, and has a business degree from the Ohio State University from 1993. On his spare time Jan rides a big BMW touring bike, which he and Michele plan to bring to Iceland soon, and loves to compete in running and XC-skiing.