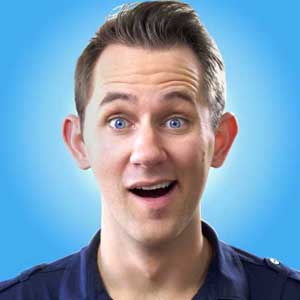 Matthias is a content creator on YouTube. He creates content for Google funded super-channels, his own successful channel, and specializes in integrating branding into his products. He was one of the first content creators on the new DreamWorks owned AwesomenessTV YouTube super-channel.  His content has received millions of views on the AwesomenessTV channel and is regularly aired on Nickelodeon television.

In 2013, he participated in an reality show titled ‘Internet Icon’. The show required contestants to make a fully polished piece of content every day for 10 days. That content is then judged by popular YouTuber’s such as: Ryan Higa, Jenna Marbles, and Pewdiepie, to name just a few. After a grueling 10 days, he emerged the winner and was titled an ‘Internet Icon’.

He has since then collaborated with other popular YouTubers, such as Markiplier and VitalityTV. He was an agent for the 2013 Ford Fiesta marketing promotion, the “Fiesta Movement” and won ‘Best Cinematography’ for his Fiesta brand integrated commercial. Ford uses his content regularly in advertising across the web. Since starting YouTube content creation less than two years ago, he has garnered over 30 million collective views across youtube with over 140,000 subscribers.